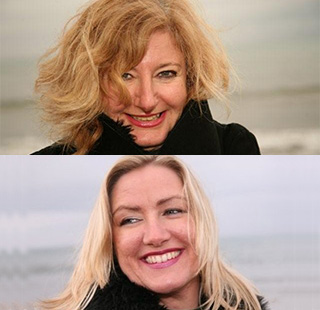 "Stockholmska" with a long history in the travel industry, for example within SAS. Has lived and worked both in London and Dusseldorf, but the lack of the sun and heat made Barcelona as a good alternative to go to. The move took place in 2005 and ended up quite so quickly by a coincidence in the meeting industry.
A "doer" and "fixer" who likes to be "the spider in the web". Treat others as you want to be treated is the motto.

A frozen northern girl that previously worked as, among other things, riding instructor, tour leader and guide. Ended up in Spain in autumn 1999 and has since then been working in the tourism and meeting industry. Has lived and worked in Costa del Sol, Tenerife and Mallorca but when coming to Barcelona in 2001, decided that this is the place to live.
A cheerful and positive person, whose motto is "There are no problems, only solutions".

Send us a question